A significant innovative contribution aimed to rapid healing of skin ulcers of the lower limbs is derived from the use of a new ultrasound technology designed and developed by Prof. Dr. A. La Rosa, Vascular Surgeon at the University of Pavia.

Scope of this new therapeutic approach with ultrasound
The true incidence in Italy of skin ulcers of the lower limbs is still unknown. It is estimated that as in France it affects 1% of the population and then they would hit about 570,000 individuals, of which 1/3 is represented by men and 2/3 by women. The causes of this disease have been identified as vascular , the most frequent, both venous and arterial, trauma, haematological diseases, autoimmune diseases, metabolic, infectious and degenerative diseases. The common denominator that characterizes them is the long healing time, frequently more than 12 months, during which the patient must undergo repeated ulcer dressings, often painful, in order to allow for the necessary tissue regeneration that leads to its closure and its spontaneous healing or to local conditions so that we can carry out a skin graft with good results. The primary goal of these medications has repeated the achievement and preservation of a good cleansing of the ulcer or to free it from exudative deposits that frequently are organized to form a tough fibrous tissue responsible for the slowing down of the healing process and often favouring overlapping infections which are not always controllable with antibiotics.

Why ultrasound in the treatment of this disease?
Conceived originally for another line of research and in particular to study the possibilities of application of ultrasound in the unblocking of occluded vessels from atherosclerotic disease (1, 2, 3, 4), we wanted to evaluate the effectiveness of the same technology in the cleansing of skin ulcers of the lower limbs. This interest is derived from the theoretical assumption that, as it was possible to perform the dissection and its removal of atherosclerotic plaque from the vessel wall in a radical manner and without causing parietal lesions, it would also presumably be possible to detach, with the same instrument, fibrinous and necrotic material from the bottom of a skin ulcer taking care of the underlying tissues.

Results of the first experiences
Since the first case treated in March 2003 two particularly favourable aspects have been highlighted that were then confirmed by further research. One, which was envisaged in theory and regarding the Cleansing of the ulcer showed a high efficacy of ultrasound about the radical effects in a single session with minimal pain for the patient. It is important to stress once more that with the conventional technique numerous medications are generally required over several months to obtain a satisfactory cleansing of the ulcer with often significant resulting pain. The second aspect highlighted, highly beneficial and also unexpected, in the same patient showed a killing effect on bacteria with reduction of bacterial infected skin ulcer that was found to be highly resistant to prolonged antibiotic therapy.

Further research
The ability to achieve simultaneously with the same instrument cleaning and removal of bacteria infected skin ulcer ( GENERA ULTRASONIC ) prompted us to further research and in particular, to verify and clarify the terms and extent of bactericidal action of ultrasound on bacterial cultures treated in vitro. In cooperation with the Clinic of Infectious Diseases of the Policlinico S. Matteo (staff Italia Medica srl ), we defined a suitable experimental model and evaluated the results. The latter were particularly significant and were communicated to the 15th World Congress of Phlebology - Rio de Janeiro 2 to 7 October 2005 (5), and indicated a range of bacterial killing in relation to selectable mode of use of the instrument, between 64.71% and 98.04%.

Effects of ultrasonic treatment on the acceleration of healing of skin ulcers
The obtained ultrasonic ( GENERA ULTRASONIC ) radical cleansing of skin ulcer in a single session associated with the killing of bacteria, certainly represents in itself an important milestone in reducing healing time. But the finding that what could be achieved with the use of ultrasound, in a very short time, are the favourable conditions for the execution of skin grafting on the ulcerative base has allowed us to reduce these times to a minimum.

Real healing times of cutaneous ulcer obtainable with the aid of ultrasound
In cases treated up to now, on skin ulcers of the lower limbs, also very extensive and included on an area of 20-50 cm2 , frequently highly infected for the presence of more bacterial strains and dating back some 12-24 months and over and subjected after ultrasound for skin grafting in the same session or after a few days, the time of complete healing ranged between 25-60 days.

Preventive checks and outpatient hospitalization
It is crucial to ascertain the root causes of skin ulcer onset and prepare all principal specific therapeutic aids conducive to their removal, when possible, or at least their control, not only to foster healing but also to prevent the occurrence of new ulcers in other places. These check ups do not require hospitalization. Even the only treatment with ultrasound can be performed as outpatients. Hospitalization of 1-2 days is required in the case of extended ulcers in which the ultrasonic treatment is combined with the skin graft procedure within the ulcer.

Specialized areas of use
The use of this technique is to be considered absolutely not binding for various specialized fields such as angiology, dermatology and internal medicine, which frequently treat skin ulcers often colliding with long healing times. We should always apply , however, the aphorism of the great Leonardo Da Vinci: "Each instrument in itself ought to be operated with the experience it was created with". 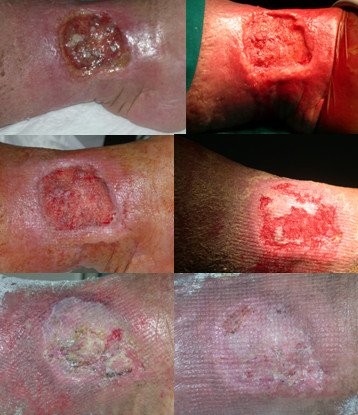 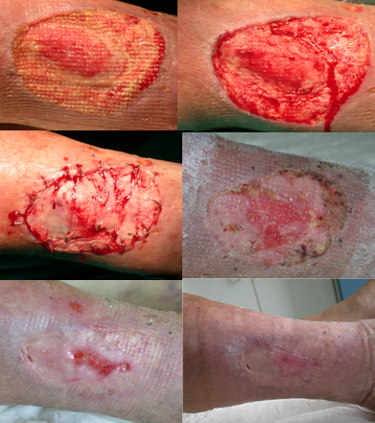 A: before treatment with ultrasound (U.S.) ( GENERA ULTRASONIC ) - B: after us-cultural examination indicative of elimination of infection by staphylococcus aureus - C: skin graft with removal of the same patient - D: after 15 days from execution of skin graft - E: after 58 days - F: complete healing on 75th days since graft.

A: before treatment with ultrasound (U.S.) ( GENERA ULTRASONIC ) - B: After removal of eschar with u.s. - C: 4 months - D: Healing at the eighth month. 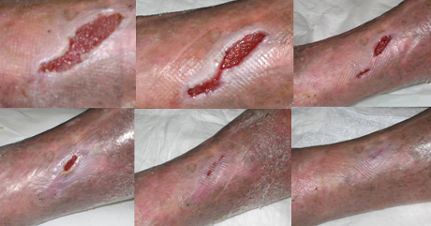 A: ulcer cleaned with ultrasound after surgery for emisafenectomia in thigh - B: after 15 days - C-D-E: stages of healing - F: complete recovery on the 42nd day. 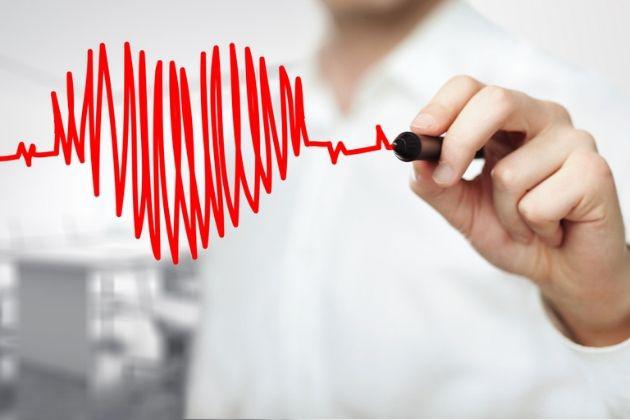 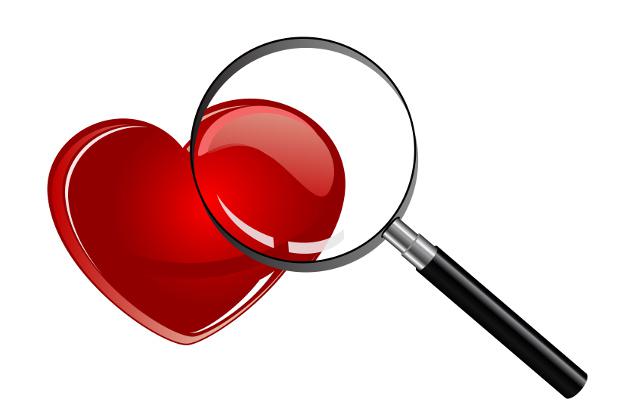 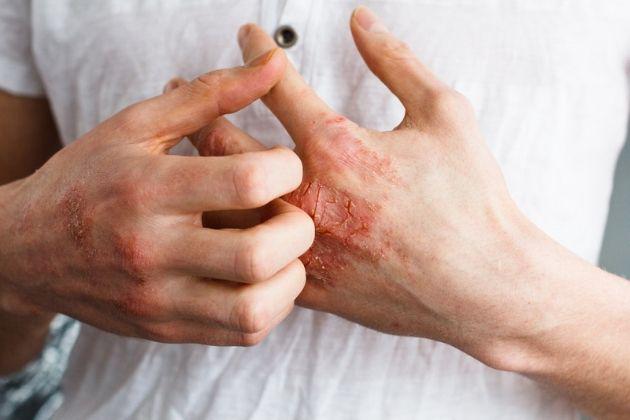 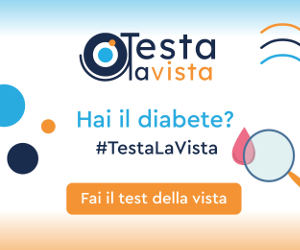